The City of Roswell Parks & Recreation department was and early adopter of the UgMO Solution. Battling some of the highest water rates in the country, city personnel were looking for a cost effective solution to reduce their soaring water bills. Starting with just a few parks, the results quickly became apparent and now the City of Roswell can boast about the over 20 million gallons of water it has saved and take advantage of the over $246,000 by using the money for facility upgrades and improvements. 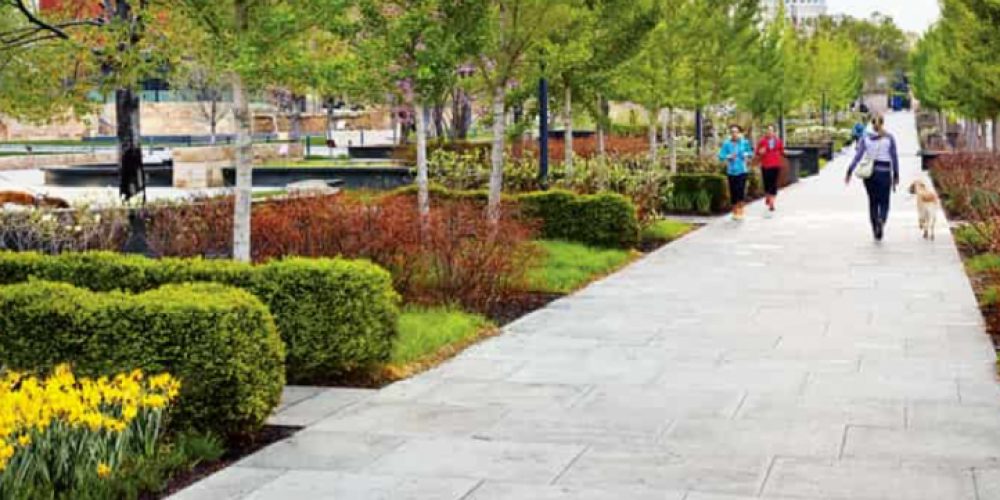 Roswell is located in north Fulton County and is the seventh largest city in Georgia, with a population estimated to be north of 90,000. As discussions around water use in the region began to intensify – recently taking water rights conflicts all the way to the Supreme Court – parks departments everywhere were forced to look for ways to cut back on water usage without compromising landscapes.

As Sports Turf and Parks Coordinator for the City of Roswell responsible for 12 parks and more than 200 acres of parkland, Mark Holder was no stranger to the delicate balance between water conservation and essential landscape health. He and his team decided they had to ensure that they were using water in the most efficient way possible.

As water issues began to come out, we as a department wanted to be at the forefront of water use and conservation.

As they sought to be on the forefront of water conservation, it became apparent that the city’s irrigation system would not support their goal: “Our old irrigation timers ran for 20 minutes in every zone – whether it needed it or not. One part of the field could be under water and another part would be showing signs of stress,” he added.

When researching solutions that could address their needs, Holder connected with a friend at the University of Georgia, a leader in sustainability. As Holder inquired about their selection, he was introduced to UgMO’s soil-based approach. Unlike weather-based irrigation control systems that guess how much water is needed, UgMO measures actual moisture, temperature and salinity levels in the soil at each zone of a property.

We had no idea about the soil moisture levels. And when I heard about the results he’d had, we thought it would be a great benefit to us. So, we jumped in with both feet and worked to get it into as many parks and fields as we could.

In 2014, Roswell began working with UgMO assessing the results at fields. After seeing nearly immediate results, they included additional landscapes. Today, the UgMO platform is used to manage the watering of most of the city’s parks, ball fields, common areas, the town square, and its memorial gardens.

UgMO changed the game for Roswell. “With each zone having a sensor, areas that don’t require watering are skipped in the cycle, thereby saving gallons of water, dollars and preventing overwatering completely. Left field might not get watered at all, while right field gets 12 minutes and 45 seconds, exactly what it needs and no more. It makes perfect sense, knowing rather than guessing,” stated Holder.

UgMO installed and maintains a network of wireless, underground sensors that report soil moisture, temperature, and salinity information to UgMO’s platform for automated irrigation, optimized for water conservation in each zone. These precise measurements are the most effective way to maintain a healthy landscape and eliminate overwatering; they are imperative to solving the problem at hand.

Holder and his team are continuously impressed by UgMO’s quality of service and intuitive platform. UgMO made the transition to soil-based irrigation management easy, training the team and remaining engaged to deliver shared outcome goals. And, Holder considers his UgMO agronomist an extension of his extremely busy team, able to lighten the load by monitoring and modifying the irrigation plan as needed.

Working with UgMO, the City of Roswell has saved an average of 57% per year on overall water costs. This equates to 30 million gallons of water and hundreds of thousands of dollars. The savings don’t stop there. By using the UgMO mobile app to monitor the condition of Roswell’s parks and 40+ fields, the team saves the time it had previously lost sitting in hours of traffic for necessary site visits every day. Holder shared that this savings allowed the department to streamline its budget in an era where everyone is being asked to do more with less.

Beyond impressive savings, Holder and his team are now operating at the forefront of best practices. UgMO’s technology and the support of its agronomists efficiently automate irrigation, freeing human resources to execute on prescriptive system maintenance and precision landscape care recommendations. For example, the team is now able to schedule fertilizer applications for optimal uptake of the nutrients based on exact soil temperatures – with this strategic timing saving nearly a full fertilizer treatment this year.

Redefining precision irrigation, Holder works with UgMO to ensure his ball fields are in peak shape for safe and enjoyable play with uniform, ideal turf: lush and firm. Setting the condition for game time, he is confident in his decision to work with UgMO, the only company capable of automatically delivering variable landscape conditions. Roswell also benefits greatly when the fields are being used for special events like concerts, as Holder can temporarily adjust the moisture level to create a surface that is enjoyable for concert goers and supports parking with no harm to the turf.

The bottom line is that we feel UgMO is the best system to help us achieve our goals of using less water while becoming more efficient with the water that we do use. And, just as importantly, the ball fields are in the best shape they’ve been in the 26 years I’ve worked for the City.